Bayan, a journey through soviet literature…

I read Bayan on a plane heading to Mali, shortly after having met its author, Mr. Rupasinghe in Paris in March 2018. I was to go to the Sahel, Pramudith was traveling to South East Asia. As two fellow nomads fascinated by the human condition and the fine thread that connects us all even though it is not always apparent, we did indeed have a lot to share.

Much like this small slice of life, Bayan was a small ray of humanity and wisdom to mirror the emotions and mixed feelings I was having at the time: looking back on a life so far well lived, sadness at the thought of those I was yet again leaving behind, acceptance of the path I carved out for myself and the novelty it was to bring shortly. The main character in Rupasinghe’s novel rang true to me as he recounted his lost youth to a lone traveller looking for shelter. I could relate to his quest, his longing for youth’s missed opportunities and his sorrow although it is never told with sadness nor bitterness but instead with a yogi like sense of gratitude for experiences happy and painful alike. The main character’s life lived through a boy, a husband and a father’s eyes are relatable at any stage. The man’s relationship to objects, specifically to his musical instrument and all that it represented in his eyes, also spoke to me, for I too grow singularly attached to lifeless tokens made meaningful by the human hands or human lives it has touched. All in all, I enjoyed the feeling of connectedness of this universal tale.
Pramudith has also succeeded in weaving his tale with beautiful prose, gentle and poetic, gracing his characters with aptly described serene surroundings, albeit in the cold biting context of Ukraine. The melody behind each sentence was reminiscent of a far eastern poem even though it was not the case. I enjoyed the detailed descriptions of the main character meticulous preparation of simple meals made to sound so tasty I was yearning for the same. I enjoyed picturing an old man down to the very tip of his beard playing soulfully on his instrument, the likes of which I have never heard (accordion like, I want to think).
The author’s portrayal of the country side but also of the political atmosphere and context is also a pleasure to read, and attests to Pramudith’s life experience and deep understanding of different systems and places. It is interesting to learn about what life must have been like in the Ukraine of the communist era. 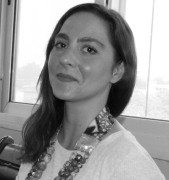